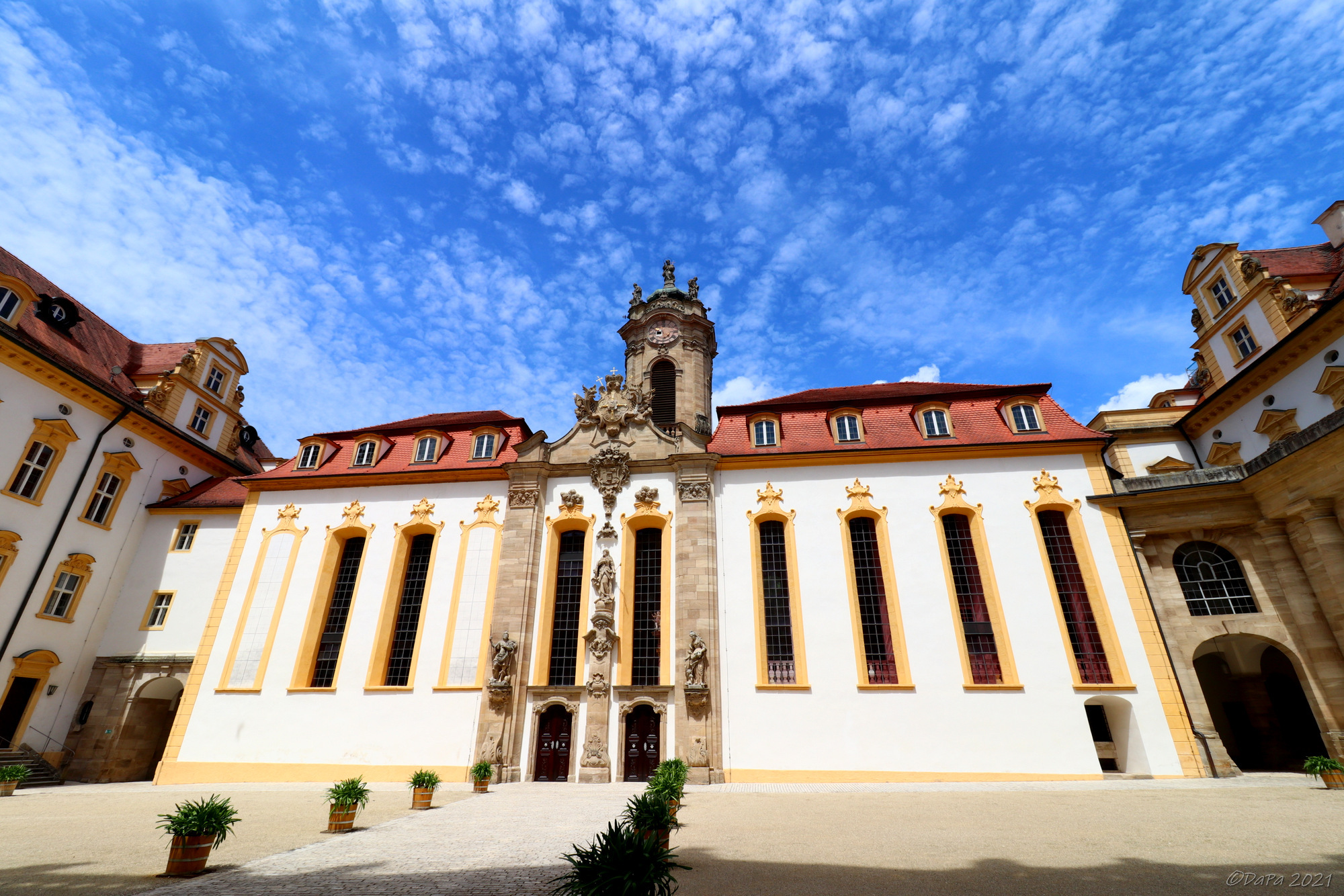 This year we went to visit the Ellingen Palace, the site of the former residence of the Territorial Commander of the Bailiwick of Franconia, the most powerful bailiwick in the Teutonic Order in the 13th century.

The current Renaissance building dates from the 18th century. In the beginning of the 19th century the palace was given by King Max I Joseph to his field marshal Carl Philipp, Prince of Wrede. Most of the decorations date from that period and lots of the them are made in the Bavarian Forest. Quite impressive is the immense chandelier in the ballroom.

The palace itself was interesting though it does not take much time to visit. We did not spend much time in Ellingen anyway. It was less impressive than expected and barely any place where we could eat something but, luckily, we did find a very nice place on the way there, Weißenburg.